A full Russian invasion of Ukraine would spread global conflict and could be the trigger for World War Three, a Ukrainian government minister warned today.

Yuliia Laputina, the minister for veterans affairs, said that her country was prepared to defend itself should Moscow launch another attack on Ukraine.

But she warned that the consequences of an invasion ordered by Russian President Vladimir Putin would be far-reaching, and would not be contained in her country.

'If Russia will invade you know, you should also take care about the Balkans. What Russians are doing now in Serbia - they try to provoke a situation in the Balkans,' she told Sky News in an interview on Thursday.

'But we also take into account [the beginning of] World War Three.'

Her comments came as EU leaders were set to warn Russia that hostile action against Ukraine would come at a 'high price' in a message expected to be agreed during a European Council summit in Brussels on Thursday.

Meanwhile, Russia said on Thursday it was ready to send a government negotiator 'at any moment' to start talks with the United States on the security guarantees it is seeking in order to defuse the crisis over Ukraine.

A full Russian invasion of Ukraine would spread global conflict and could be the spark that causes World War Three, a Ukrainian government minister has warned. Pictured: Russian tanks take part in a military drills at Molkino training ground in the Krasnodar region, Russia, Tuesday, December 14, 2021

Yuliia Laputina, the minister for veterans affairs (pictured in August), said that her country was prepared to defend itself should Moscow launch another attack on Ukraine

Asked whether she thought an invasion could be the trigger that leads to a third world war, Laputina told the broadcaster that it could.

'Geopolitically, it looks like this is a possible scenario. So… we should pay attention to the Ukrainian issue because of the security of the continent,' she said.

'This - the spreading of war in case of Russian invasion to Ukraine - will be much wider than Ukraine.'

Russia has moved around 70,000 troops to its border with Ukraine - with some officials suggesting its as high as 100,000 - but Moscow denies that it has any plans to attack Ukraine, like it did in 2014 when it annexed the Crimean Peninsula.

Russia says it feels threatened by growing ties between NATO and Ukraine, which wants to join the alliance, and the possibility of NATO missiles being deployed against it on Ukrainian soil.

Laputina, who rose to the rank of major general in Ukraine's security service, said the majority of the country's 400,000 veterans would be willing to fight if called upon.

Many of the veterans - aged anywhere between 20 to 60 - were young young volunteers who signed up to defend Ukraine in the 2014 conflict, which has left 14,000 dead.

On whether she believed Ukraine could resist an invasion by Russia, Laputina said while an initial Moscow-ordered invasion could succeed, the 'next step will not be successful because we have a very big experience of national resistance.'

Ms Laputina's comments came ahead of a summit of European Union leaders on Thursday that will focus on avoiding a Russian military invasion with threats of unprecedented sanctions for Moscow and the promise of diplomatic talks.

The Russian military buildup on Ukraine's border is taking centre stage at the summit of the EU's 27 leaders, with a plea from Ukraine's president to start imposing more sanctions before any possible incursion, rather than after.

Lithuanian President Gitanas Nauseda said the EU shouldn't underestimate the threat, even beyond Ukraine, which he says is creating the worst security situation since the collapse of the Soviet Union.

Russian troops take part in drills at the Kadamovskiy firing range in the Rostov region in southern Russia, Tuesday, December 14, 2021

Yuliia Laputina warned that the consequences of an invasion ordered by Russian President Vladimir Putin (pictured on Wednesday in Moscow) would be far-reaching, and would not be contained in Ukraine's borders

'Probably we face most dangerous situation in the last 30 years. I'm talking not only about Ukraine,' Nauseda said, stressing that NATO's eastern flank and the Baltic region should also be concerned.

'Maybe there are some open channels for some serious negotiations' over the coming days, said Prime Minister Janez Jansa of Slovenia, which holds the EU presidency, adding it could consist of talks between France, Germany, Ukraine and Russia.

But like all, he wearily watched the Ukraine-Russia border, where U.S. intelligence officials say Russia has moved 70,000 troops and is preparing for a possible invasion early next year.

'It is not normal for regular military exercises,' Jansa said, adding that there's no doubt that Russia is using its military might to put Ukraine under pressure.

No one feels it more than Ukrainian President Volodymyr Zelenskyy, who urged EU leaders late Wednesday to swiftly impose new sanctions on Russia before it invades his country, and warned that acting after any conflict would be far too late.

Zelenskyy said Ukraine stands ready to enter into talks with Russia to ease tensions, but that Russian President Vladimir Putin doesn't appear willing to come to the table at the moment.

France and Germany brokered a peace agreement in 2015 that helped end large-scale hostilities in eastern Ukraine, where Ukrainian forces have been fighting Russia-backed separatists since 2014.

But the conflict has continued to simmer.

EU leaders are widely expected to approve on Thursday a draft summit conclusion, seen by The Associated Press, that warns that 'any further military aggression against Ukraine will have massive consequences and severe cost in response.'

Zelenskyy said the use of sanctions after military action had proved very limited for his country and that it might be be different 'if the sanctions are applied prior to the armed conflict would they become a prevention mechanism.'

European officials argue that it's a better deterrent to keep Putin in the dark about what measures might be used against him.

Asked by reporters whether Europe would act on Zelenskyy's call, European Council President Charles Michel said: 'We have sanctions in place, we are ready to take additional sanctions if needed, and we will see' what happens.

Despite Moscow's threat, Nauseda still has a sense of optimism. 'I think we have enough tools in order to stop Russia from its aggressive behavior,' he said.

The U.S. and the EU have been coordinating their response to the Russians, but no real details of any sanctions have emerged.

EU nations are divided between those in the east that think sanctions should be imposed immediately, and others like France and Germany who fear that could provoke an invasion.

On Thursday, Russia said it was ready to send a government negotiator 'at any moment' to start talks with the United States on the security guarantees it is seeking in order to defuse the crisis over Ukraine.

European Council President Charles Michel, left, arrives for a round table meeting at an EU Summit in Brussels, Thursday, Dec. 16, 2021. European Union leaders meet for a one-day summit Thursday that will center on Russia's military threat to neighbouring Ukraine

Kremlin spokesperson Dmitry Peskov also said presidents Vladimir Putin and Joe Biden, who held a two-hour video call on Dec. 7, could speak again before New Year, though nothing firm had been agreed.

Peskov said deputy foreign minister Sergei Ryabkov would 'be ready to fly at any moment to any neutral country' to start talks.

Asked about the possibility of talks between Putin and Ukrainian President Volodymyr Zelenskiy, Peskov repeated Moscow's position that it was unclear what the agenda for any such discussion would be.

He said Russia's security proposals, which were handed to U.S. Assistant Secretary of State Karen Donfried in Moscow on Wednesday, consisted of two draft documents, which he described as a treaty and an agreement.

He declined to discuss the content, telling reporters they would find out 'in time'.

Russia's foreign ministry last week pointed to the likely thrust of the proposals when it said NATO should rescind a 2008 commitment to Ukraine and Georgia that they would one day become members, and promise not to deploy weapons in countries bordering Russia that could threaten its security.

Moscow also called for the renewing of a regular defence dialogue with the United States and NATO and urged Washington to join a moratorium on deploying intermediate-range nuclear weapons in Europe.

Ryabkov said this week that Russia would be otherwise be forced into a 'confrontation' where it would have to deploy such missiles itself. 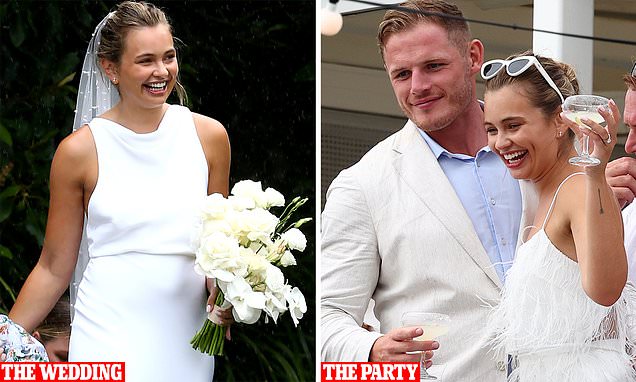 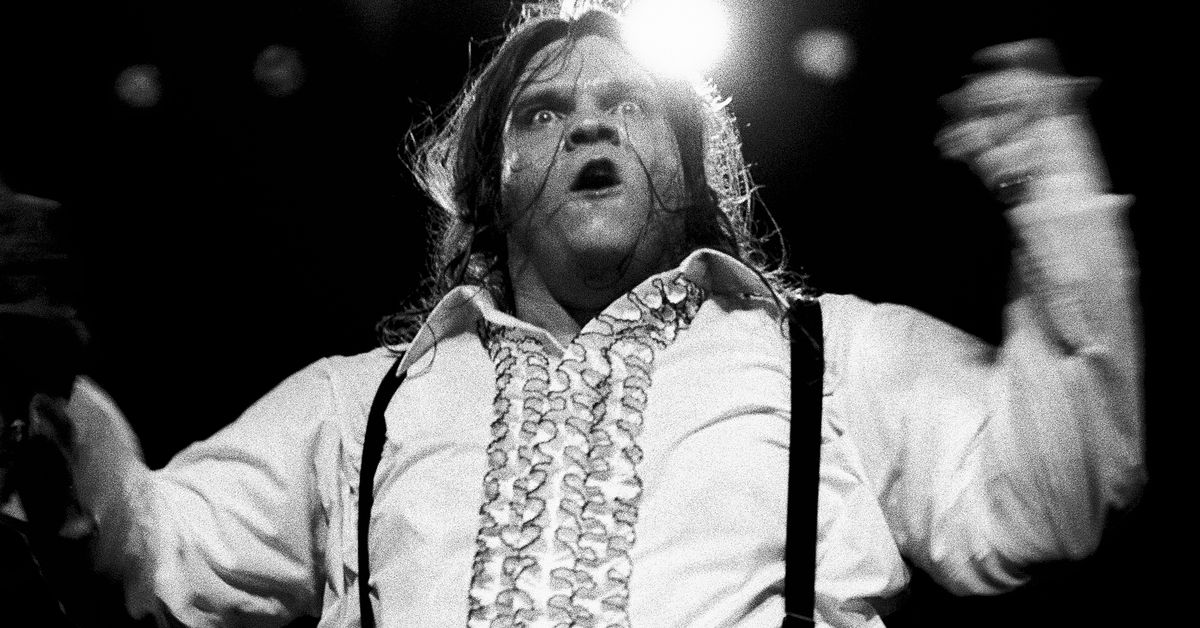 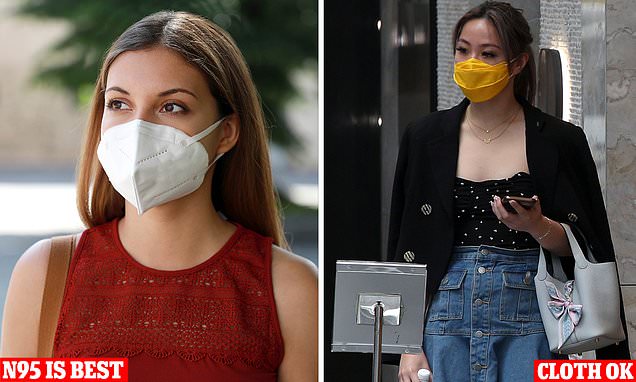 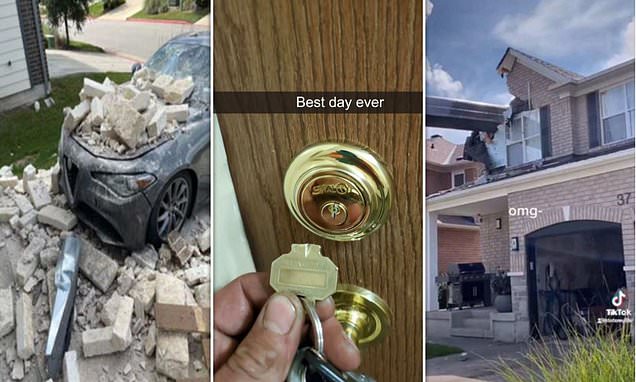 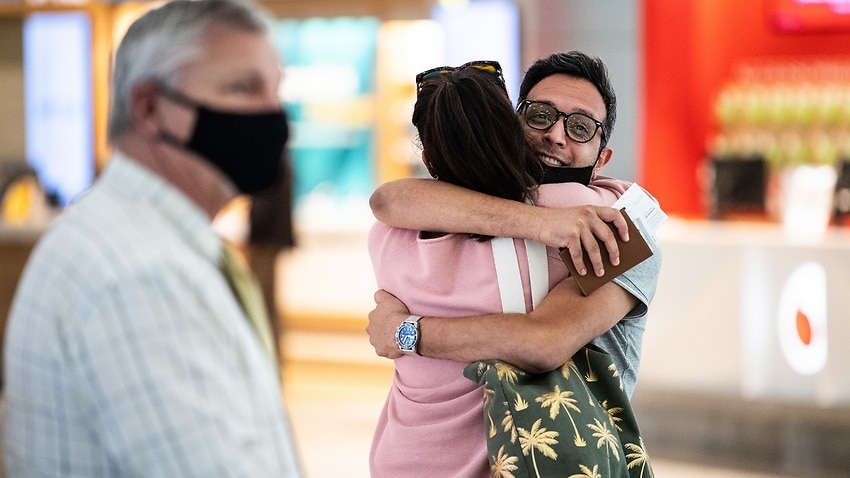 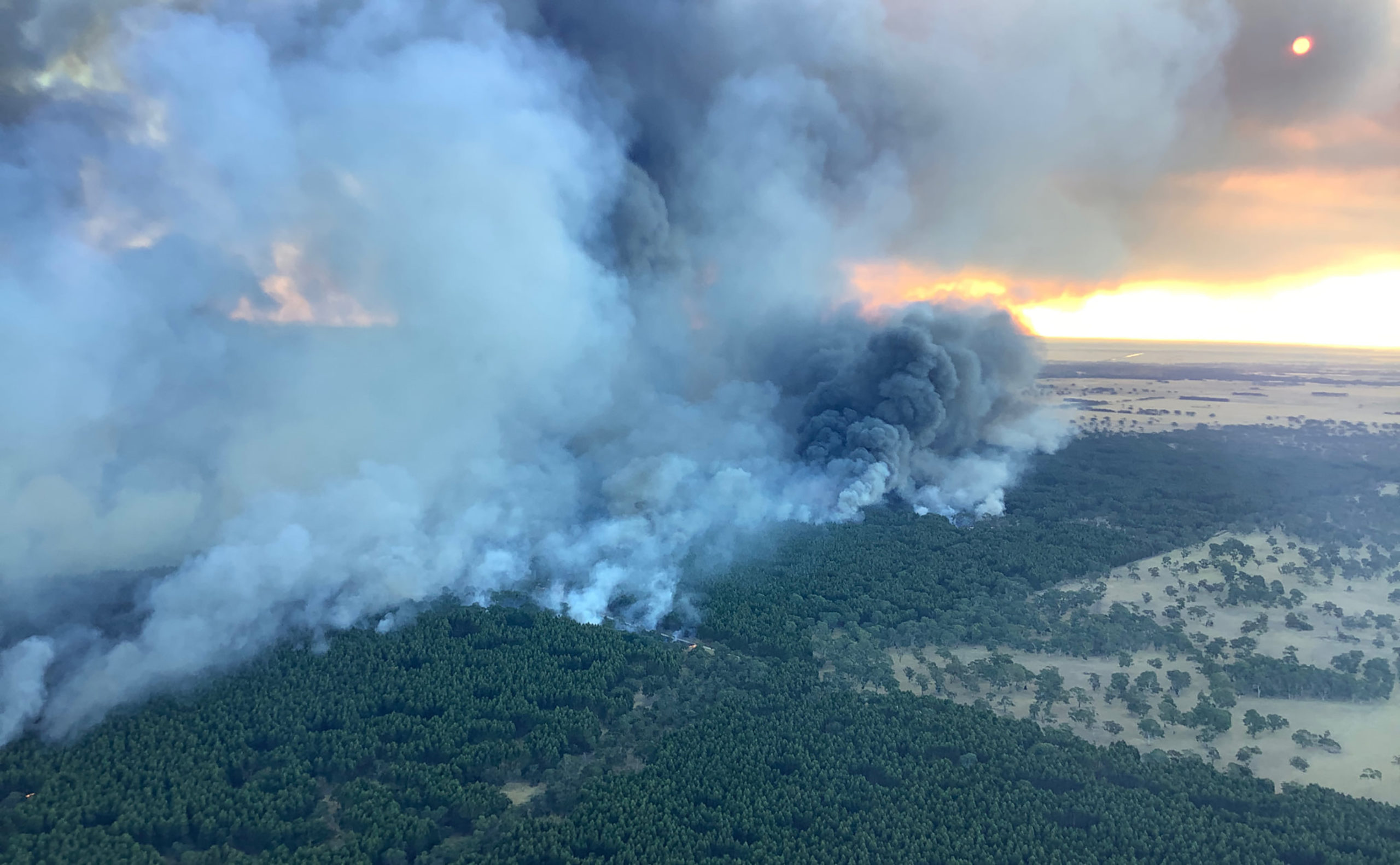 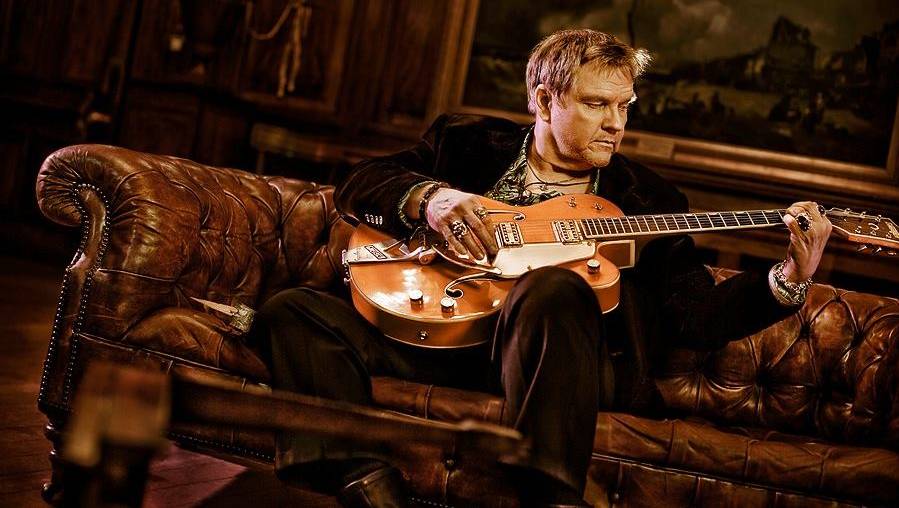 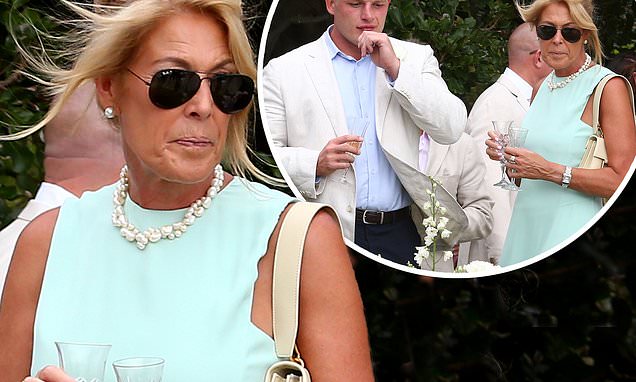 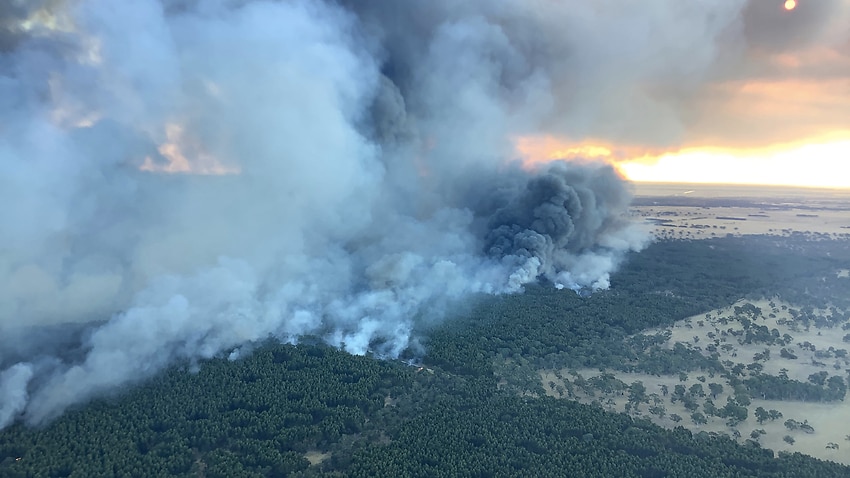 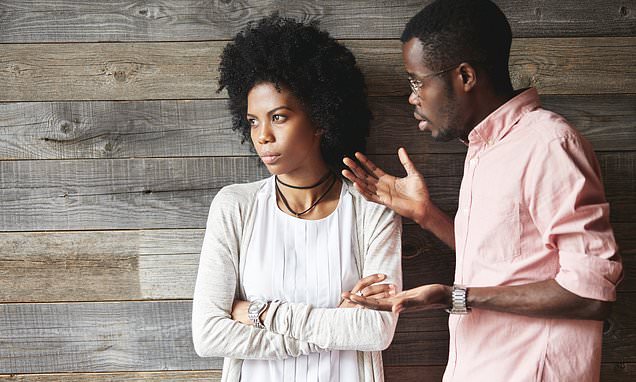 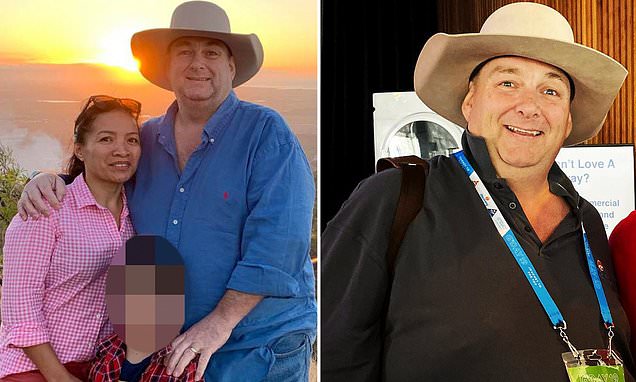 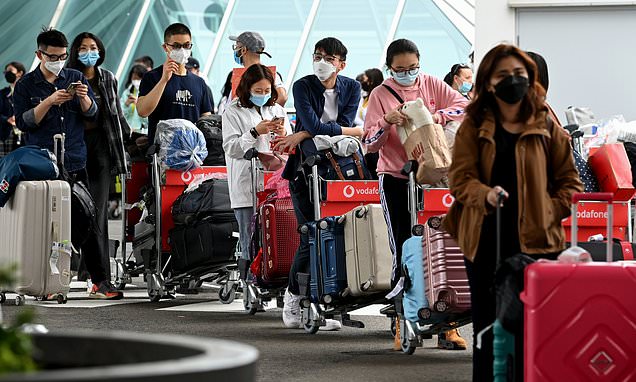 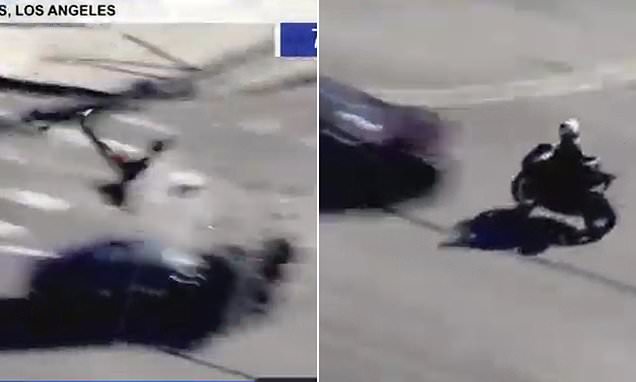 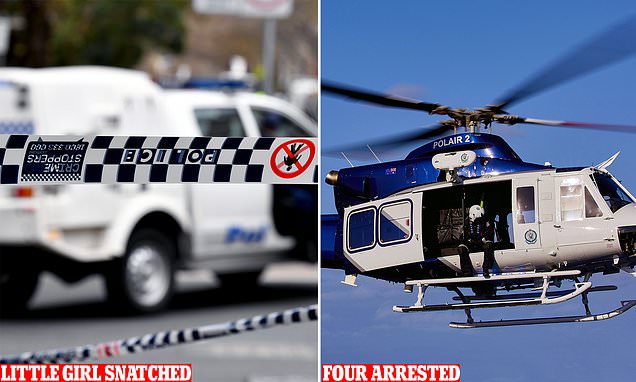